The global health situation of 2020 that forced much of the population into remote working situations changed the threat landscape. According to Fintech News, “80% of firms have seen an increase in cyber-attacks” this year. DDoS—distributed denial-of-service—attacks are among them. It’s an asymmetrical war where $30 attacks can cost companies thousands or be a smokescreen for something worse. In addition to ever-larger traffic volumes, attackers are also increasing their target diversity, with attack traffic simultaneously spanning data, applications, and infrastructure to increase the chances of success.

While DDoS attacks have proliferated and plagued organizations since their start twenty years ago, present strains on and inefficiencies of enterprise networks make this as important a time as ever to maintain defense against these attacks as a critical element of Internet services.

First, a quick refresher on what DDoS attacks are and how to recognize them.

What is a DDoS attack?

DDoS attack is when fake traffic is sent to a company with the intention of overwhelming that company’s network, website, application, or server to the point where it is not functioning. The sophistication of these attacks can vary, but their intended outcome is the same. The inception of the DDoS style of attack started in 2000 and has been a popular style ever since.

To the average computer user, it can be difficult to ascertain if your organization is experiencing a DDoS attack because the symptoms can appear to be like run-of-the-mill computer problems. Norton outlines some of the symptoms as including:

How to Mitigate DDoS Attacks

Constant monitoring of your company’s network and infrastructure is the best defense against DDoS attacks. Experts also recommend constant monitoring to spot unusual inbound traffic, adding filters, and applying firewalls to your network. Setting up defenses like these can be a difficult undertaking, especially for an already heavily-burdened IT department. It also requires transparency into the network and infrastructure. Legacy tools cannot provide deep network details or real-time forensic visibility; as threats escalate, IT teams’ best engineers are bogged down by blind manual interventions that contribute no positive outcomes.

A highly effective and efficient way to fight DDoS attacks is to choose an Internet service provider with robust monitoring and management. Unitas Global’s high performance Internet (AS1828) utilizes industry leading technology for the accurate detection of DDoS attacks and other anomalies such as large-scale data exfiltration. Multi-level thresholds escalate threats as they develop and trigger automatic mitigation actions. This secure Internet defends organizations’ networks and offers business continuity.

Want to learn more about how the right Internet can defend your business against interruption? Click here to speak with one of our experts. 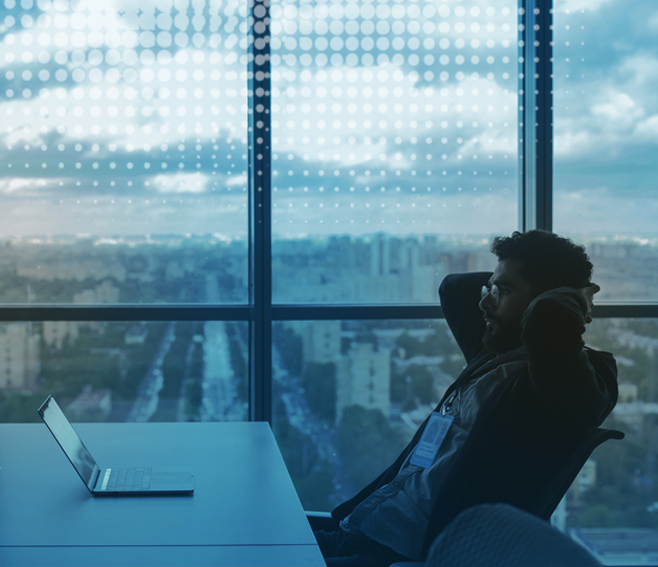